Posted by David, in Photo Booth

Itâ€™s hard to believe the first month of 2013 is almost over and we havenâ€™t shared our New Yearâ€™s resolutions with you!

In 2012 we had so many NZ celebs grace us with their presence in our booth, during some of the wonderful functions we attended in Auckland last year we decided this year weâ€™d aim to see some international celebs!

Weâ€™ve met John Key a couple of times in 2012 and politically speaking heâ€™s about as big as it gets in NZ so this year weâ€™d love to meet the Commander in Chief!

I read somewhere that their wedding could cost US$10 million â€“ who wouldnâ€™t want to attend that shindig?!!!Â  Perhaps we could arrange some gold and diamond encrusted photo strips??

Weâ€™ve never had a boy band in our Auckland booth and as the mother of two boys I can honestly say the only thing cuter than a photo of two boys is.. a photo of five boys!!

Loads of people have seen him but none have taken a decent picture.Â  Wouldnâ€™t it be awesome if the first photo of this mystic beast was in one of our booths… 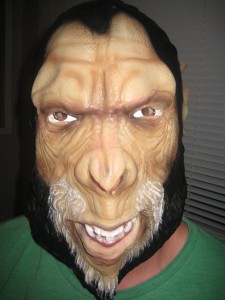 So thatâ€™s the Auckland wish list for 2013 â€“ my mother always told me dreams were free!

If a photo booth is on your wish list for this year but you want to know more, come and visit us at this yearâ€™s Grand Wedding Show on Sunday 14th April (tickets available at www.weddingshow.co.nz).

Here are the Auckland staff thinking about having their photo taken with Big Foot….