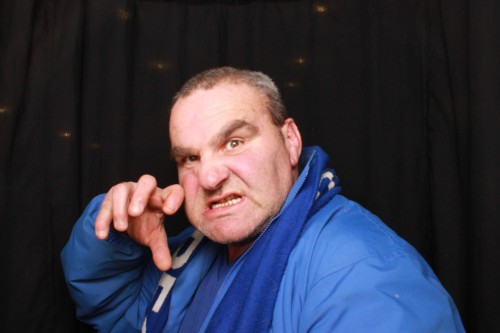 Don’t let the fierce face fool you – these guys were having fun!

In late June we were able to take the Wellington booth along to the Norths Rugby Club for their Oldtimers’ Day. It was a great time to be there because the club had been through a busy and emotional couple of weeks with the death of their club icon Jerry Collins. In a short period of time these amazing folk had helped to pull together a funeral and a march for Porirua’s favourite son. It was a real illustration of the community spirit in Porirua.

So when it came time to celebrate all their former players we set up a booth in the club for a couple of hours and had the full spread of club supporters through it – young and old, past players and future players all getting snapped in the booth. Thanks Norths for letting us be part of a cool occasion.