Wow, just looked at the calendar and it’s our birthday! Two years on and we are just getting better and having more fun everyday!

So how did we get here? What started it all?

We get that question a lot and I thought I might post the story of Photo Booth Fun and some cool things we’ve done previously.

It’s mid 2009 and I was happily working as a commercial photographer in Wellington. My girlfriend (and constant source of support) JL was just about to turn 30 and we had planned a nice big party in my new studio. I’m not even sure where the idea came from but she really wanted a photo booth set up for the party, and being the crafty type decided to give it a go. I’d almost made one for a wedding earlier in the year but it never happened due to it being outside and the weather not playing nice.

So I built one for JL and it was a total hit. Having loads of friends from the film industry didn’t hurt either, bloody show ponies! 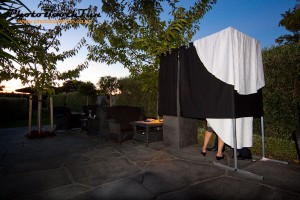 After seeing how much fun the booth was, I decided it was a great addition to my Wedding photography and set about making a more robust system and so we ended up with our very first commercial version: Big Bertha!

Bertha did us proud and after a few months (and almost too many gigs to handle) we realised we were on to a good thing and out of Brett Stanley Photography was born Photo Booth Fun!

The business took on a life of it’s own and we headed in to the workshop to manufacture more booths, making them smaller and easier to move around as we were getting bookings all over the country. 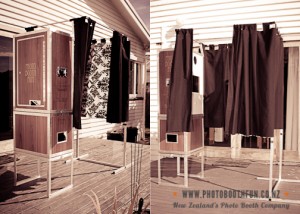 Version 2 was a huge step forward in portability and looks, and we had great feedback about her. She (yes, our booths are female) even went on planes due to it’s small size and weight which opened up a whole new market for us. 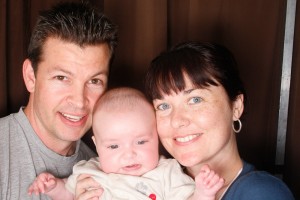 With the help of Eden And Suze in Auckland we set up a branch there and started New Zealand’s first intercity Photo Booth company. 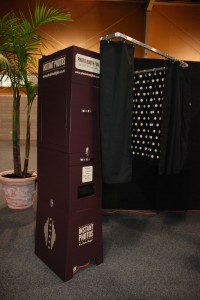 After a year, some awards, and some very valuable experience we further refined the booth design and came out with Version 3, our most attractive number yet. 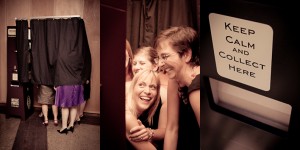 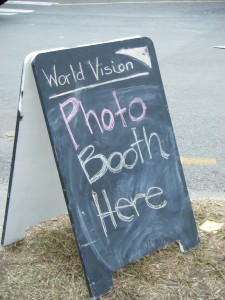 Two of these models debuted at the Parachute Music Festival in Hamilton with the World Vision stand and what a weekend they had! Over 3000 people had their shots take despite the rain and wind, and with the instant upload to World Vision’s Facebook page their fan base tripled in the space of 3 days. 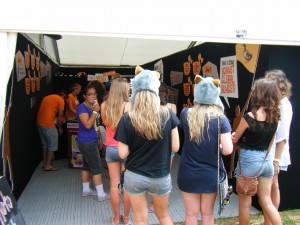 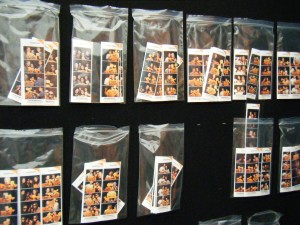 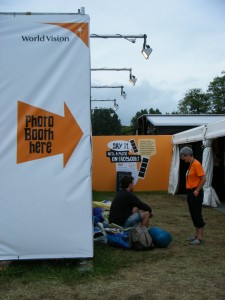 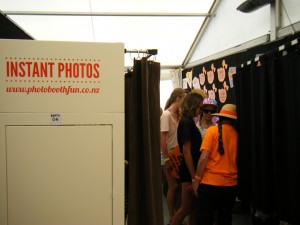 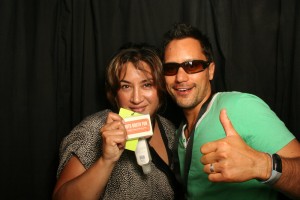 That was the start of our Hamilton photo booth branch as well, as Carmen and Corey took the photobooth-lovin’ Waikato and Bay Of Plenty regions by storm.

Since then we’ve been at events such as:

We now cover the whole country, from Auckland and Wellington on the North Island to Christchurch and Dunedin on the South (and everywhere in between), and it’s all down to our wonderful clients, our awesome staff and booth addicts all over New Zealand. Thank you so much for your support and we’re looking forward to the next year!