What some of our crew get up to when they’re not rocking a booth!

Two of our Waikato team member’s have just finished a busy season working on the television series Spartacus:War of the Damned.

Our operator Joe has spent a good part of 2012 starting at 4.00am; the obligatory make-up process of tanning and dirt; long days on set fighting, sitting, running, cheering, yelling; being covered in fake blood and sweat – all to be one of Spartacus’ rebel army.

Manager Carmen has been full-time on all four seasons of the series as a make-up, hair and spfx artist… and she has the t-shirt to prove it!Â Â  By all accounts this season (the final) will be epic and fans of the show will not be disappointed. 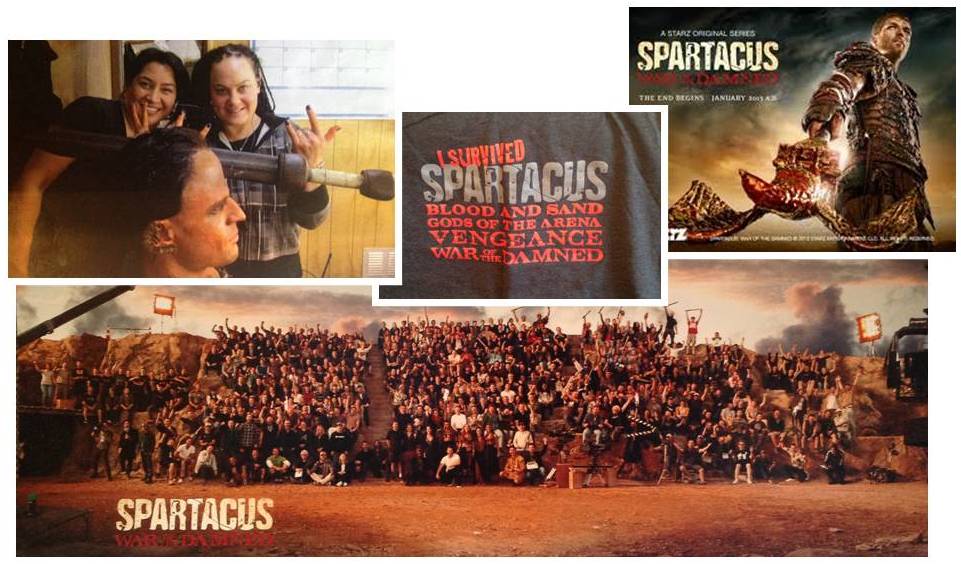