So what have Carmen, Corey and Justin been up to in the Waikato and BOP since our last Blog? We had a great week as the official photo booth forÂ Balloons Over Waikato, we survived Zombie attacks at Armageddon this weekend, and helped the Westpac Waikato Air Ambulance fund raise at their open day too – mix in birthdays and weddings and wowwee! 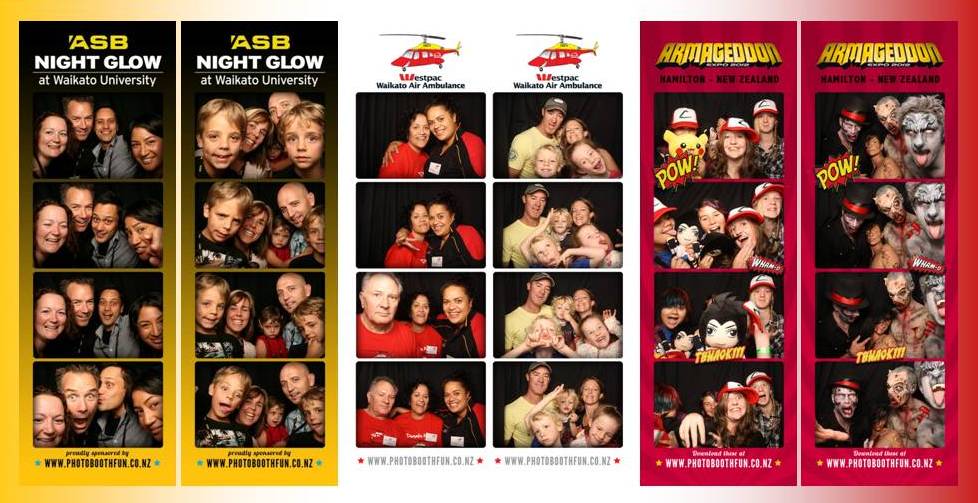 But itâ€™s not only the last few weeks that weâ€™ve been super busy, with wedding season nearing an end, we made a list of the places weâ€™ve visited. In the past few months weâ€™ve had events in Hamilton, Ohaupo, Cambridge, Karapiro, Raglan, Te Awamutu, Otorohanga, Matamata, Morrinsville, Whitianga, Tauranga, Waihi (and Waihi Beach) Mt Mounganui, Pyes Pa, KatiKati, Rotorua, Whakatane and New Plymouth â€“ weâ€™ve even crossed the Bombayâ€™s to help our Auckland crews with events in Western Springs, Howick and Queen St too!