The Photo Booth Fun team have been busy in the Waikato and Bay of Plenty helping to celebrateÂ heaps of Weddings and Birthdays.Â  Nationally weâ€™ve been getting outÂ and about supporting some awesome charities too…

Ecpat â€“ Child Alert
While we have lots of fun at Photo Booth Fun we also like to support worthwhile causes like Star Ship and the Child Cancer Foundation. Over theÂ past few weeks our national network of photo booth operators have helped www.ecpat.org.nz and their â€˜Donâ€™t Sweep it Under the Rugâ€™ uni tour, to spreadÂ their message of ending the commercial sexual exploitation of children in New Zealand and around the world. The tour passed through Auckland’s AUT, Wellington’s Victoria University, Palmerston North’s Massey University, Canterbury University in Christchurch and Dunedin’s Otago University, and finished up at Waikato University; we were stoked with the response from our uni students. You can check out Waikato and other university photo albums on Ecpatâ€™s Facebook page. 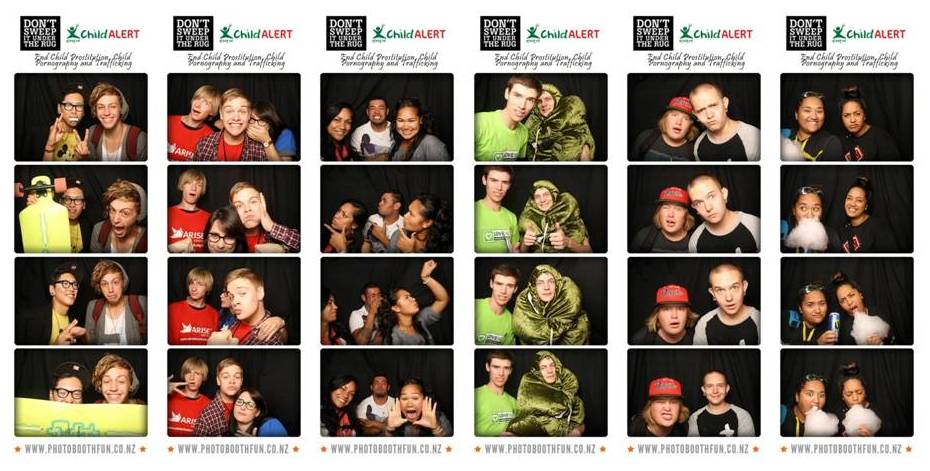 We’ve got a DOUBLE PASS to the night glow sponsorâ€™s tent to give away to one of our awesome Facebook FANS!Â  Night glowing balloons, nibbles and drinks! How cool is that? To be in to win simply comment on our Balloons over Waikato Facebook post before this Thursday nights draw.